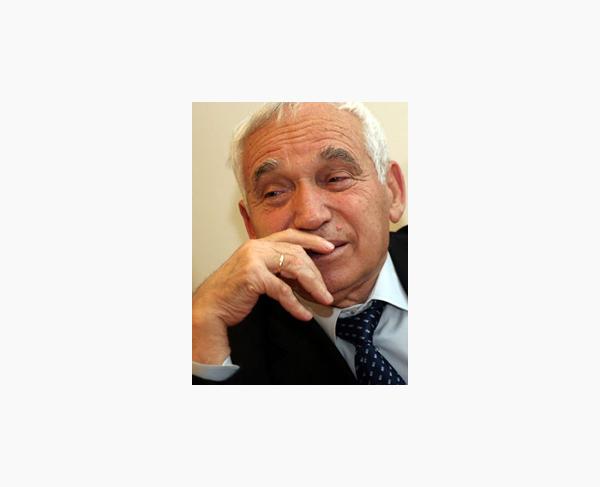 Zhelyu Zhelev is a Bulgarian politician and former dissident who was the first democratically elected President of Bulgaria. He was elected for his first mandate by the Parliament for the period 1990 to 1992. In January 1992 general elections were held, and he was reelected for his second term for the period of 1992 to 1997.

Zhelyu Zhelev was born March 3, 1935 in Veselinovo village, Shumen. He graduated with a degree in philosophy from the Sofia University "St. Kliment Ohridski" in 1958, and later earned a Ph.D. in 1974.

Zhelev was a member of the Bulgarian Communist Party, but was expelled from it for political reasons in 1965. He was also expelled from Sofia the following year and was unemployed for six years since all employment in Bulgaria was state-regulated.

In 1982 he published his controversial work The Fascism. Three weeks after publication in 1982, the book was banned and removed from bookstores and libraries as it likened Bulgaria's socialist state to the country's fascist administration of World War II.

In 1988, just before the Fall of Communism, Zhelev founded the Ruse Committee, and in 1989 he became a founding member and chairman of the Club for Support of Openness and Reform (a time when many such democratic clubs were formed), which helped him to achieve the position of Chairman of the Coordinating Council of the Union of Democratic Forces party.

In January 1992 general presidential elections were held and Zhelev became the first Bulgarian President to be democratically elected during general elections, serving his second full five-year term until January 1997.

Zhelev was also a candidate for President during the next general elections in 1996, but was defeated by the new UDF candidate, Petar Stoyanov.
After the end of his presidency in 1997, Zhelev remained in politics. He became Honorary Chair of the Liberal Democratic Union and Honorary Chair of the Liberal International and in 1997 went on to establish and preside over a foundation named after him. Zhelev was the initiator and president of the Balkan Political Club, a union of former political leaders from Southeast Europe.