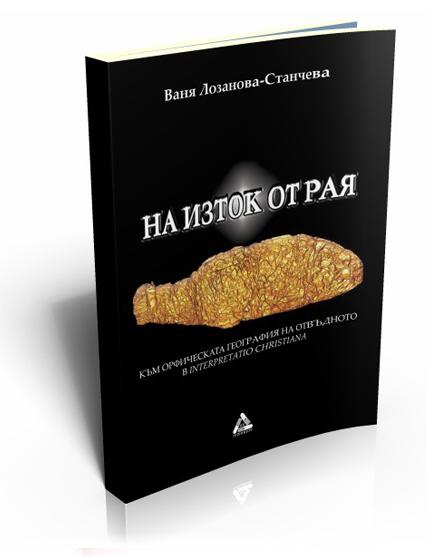 Home Our books East of Eden

ON THE ORPHIC GEORGAPHY OF BEYOND
IN INTERPRETATIO CHRISTIANA

Why East of Eden? Because there seems to be the End of the World! This is a steady mythological pattern of the mystic journey to the World Beyond, undertaken by those initiated into the Orphic mysteries seeking to attain eternal and blissful life through the sacral lore of immortality… The aim of the presented book consists in the search for particular literary connections between certain early-Christian works of apocalyptic character and their eventual Orphic prototypes interpreting “the geography of Beyond” in a steady eschatological tradition. As specific integrals in the above interconnection they introduce the Vita of St. Macarius Romanus and the tradition of the correlated late-antique Romance of Alexander, as well as a number of late reminiscences of this paradigmatic journey to the end of the world, as far as the Eden of Earth as Iter Alexandri Magni ad paradisum, etc.
The study is oriented towards the search of eventual perspectives to a reconstruction of the scarce and fragmentary Orphic ideas through their Christianized mythological interpretations. Such an objective would on its part raise questions about the ways of transmission and the eventual mediators aided these processes of interpolation and perception of non-Christian, respectively Orphic, ideas and motives in early-Christian texts.
The exposition is organized as follows – into a specific INTRODUCTION to the considered problems, and 3 chapters:

Chapter I: EAST OF EDEN: Vita of St. Macarius;

Chapter II: THE FOUNTAIN OF LIFE: The Legend of Alexander

Instead of a conclusion there is a brief epilogue at the end of the work, a kind of esquisse on the subject of the interrelation between ancient Orphism and Christianity, on the one hand, and modern trends in the research of these problems – on the other.